Guest Blog – My Mum, the trailblazer by Oonagh McDonagh

Oonagh McDonagh joined Green Light in September 2015.  She is Deputy Manager at Penrose Farm in Goonhavern, where Oonagh and her team support five adults with autism and learning disabilities.  In this guest blog Oonagh explains how she continues to be inspired by her mother who was part of a special projects team supporting people from institutionalisation to a normal life in the community.

Recently Green Light have been sharing ‘Meet the Team’ blogs.  One of the questions is ‘Who is your hero or heroine and why?’  Right away I knew this was my Mum, for all the amazing work she did for those with Mental Health needs and Learning Disabilities during her career.  Discussing this with my partner, he said to me “your mum is a trailblazer.  I never realised!  this deserves it’s own blog”

So here goes.  Here is her story…

Mum was one of a team of health and social care staff involved in the transition of people from hospitals to homes of their own in the community.  In conversation with my mum she shared some of her memories of this time: 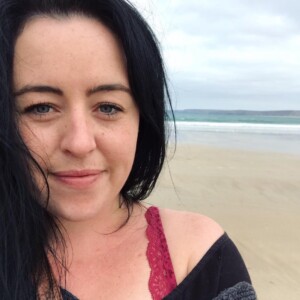 “Until the mid 1980s people with mental health needs and learning disabilities were placed in large institutions, most of which were old Victorian buildings on the outskirts of towns and cities, commonly referred to as “bins”.  ‘Patients’ remained there for life with their mental health problems often a result of being institutionalised.  People were heavily medicated, living on large open wards with none of their own possessions.  Clothing came from a pool of communal clothing.  Staff were frequently long time servers, often institutionalised themselves.” 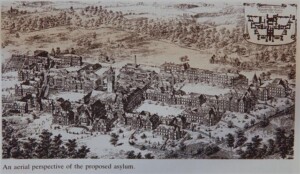 “Care in these long stay wards was based on a medical model which promoted the idea that anyone with mental health needs or learning difficulties needed to be medicated and removed from society.  The 1989 Caring for People Act and subsequent Acts radically changed the basis of care to principles that people had a right to be treated in their own homes and communities.  This had huge implications.  The UK government funded 30 pilot projects across England to see if people from long term hospitals could be “decanted” to live independently with support.”

“Mind in Waltham Forest led one of these projects.  We took 13 people from the long stay wards at Claybury Hospital in Essex and found 5 terraced houses in Waltham Forest supported by a team of 8 staff of social workers and nurses.  The majority of those ‘patients’ were in their 50s and 60s and had lived, on average for 30 years in Claybury, often because the medical profession believed they needed to stay there.”

“The project faced opposition from neighbours, who didn’t want these people living next door to them.  Each person was given their own care plan and were involved in choices like how they would like to decorate their bedrooms and personalise their home.  This was totally radical and inconceivable to many of the old guard professionals, particularly the psychiatrists at the time!  We worked for months preparing the ground, before the move.  I remember how we cheered as a lady moved into her new home.  Sadly, all her worldly possessions were contained in one bin bag.”

“Principles of “normalisation” were new then.  This meant each person had rights.  They could make choices and have control over their lives like never before.  People could be more active, dress, eat and be treated as individuals, in the same way as others in society.  Again this was radical and challenging to many people at the time.”

“As a result of the success of these pilot projects and proving people with various mental health needs and disabilities could live successfully in the community, the large mental health institutions across England started to close.  We proved that people in these places weren’t all “axe murderers” as many people believed at the time.  What was once Claybury Asylum is now a luxury estate for footballers and other wealthy people.”

I am so proud of what my Mum achieved with her team for these people.  Growing up and living in Waltham Forest I would often meet these people as they went about their lives in our community.  They’d recollect times when I was younger when Mum would bring me and my sisters to the community cafe, where many of the people in what became the Forest Community Project, worked and socialised together.  They would then often share fond memories of my mum helping them in some way or another.  Mum opened up the non-profit community cafe to those with mental health needs.  People could come along to chat, meet and work.  I have amazing memories of these times and so many amazing people I met there.

Later, when I was 20, I went for an interview with MIND in Waltham Forest as a Support Worker for the same project my mum set up 18 years ago.  I worked there for the next 8 years. Again, some of the people I supported had so many stories of Claybury Hospital and the institutionalisation they experienced and witnessed.

One story that is important and I am able to share is that of a woman I supported in her later years.  She had been sectioned (detained) and institutionalised into Claybury for the sole reason that she had a baby…and was not married, or with the father.  That was the reason! That story has always stuck with me.  I can’t even imagine living in a time where that was even possible. It is terrifying.

Over the years of working for MIND and then for Green Light since September 2015 I have realised, or have inherited my mother’s deep desire to make changes and support those that need help to make positive changes in their lives and live as independently as possible.

One example is when I supported someone in MIND to walk independently to her local shop again after a brief stay in hospital.  She had contracted an infection and after returning home had lost her confidence to start walking to her local shop independently, as she had done before she went into hospital. She was terrified of walking alone, as she hadn’t used her legs in over a week after being bed bound. She had visits from Occupational Therapists but the trust was just not there.  After 2 weeks of walking to the shop with her very slowly, sometimes holding my arm, sometimes not, we gradually got to me walking behind her as ‘just in case she fell’ mental support.  I will never forget the day I arrived at work and she said to me ‘Oonagh, I don’t need you to come with me to the shop today’ I just smiled at her, and when she left the room I did a little dance to myself. That was the proudest moment in my career so far!

When I moved to Cornwall in 2015 this is what attracted me to Green light,  in particular their mission statement of “Empowering people to lead a lifestyle they are proud of.” Since I have been with Green Light I have had the pleasure of supporting many people to reach this on many occasions.  I have helped people make their own dinner, attend pantomimes, access the community independently, secure volunteer shop assistant positions, achieved a horticulture apprenticeship and qualification.  I have supported someone to travel by bus.  I have supported someone to sit in a restaurant to enjoy a meal for the first time.

It is now over 30 years since my mum supported those people to move out of Claybury hospital. Today, Green Light is a care provider that I feel should have always existed.  The team I work with are all one of a kind; constantly striving to go above and beyond. My colleagues and I are all passionate about promoting independence, choice, and reaching goals with people we support.  Green Light’s homes are spacious and personalised, each reflecting the needs and personalities of the person or people living there.  As a team we are conscious of people’s rights and possible restrictions to these, but are positive about taking risks and having a ‘can do attitude’ where this will improve the lives of the people we support.  The registered manager Ryan Smith is pretty good too 😉

Thank you Mum for setting the best precedent, and values in me from an early age.  A true trailblazer!